Dos and Don’ts of Artist’s Statements and Applications Seminar:  SPEAKER 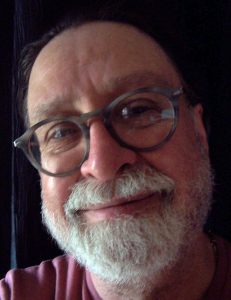 David McClyment: has been obsessively drawing for almost 70 years and  professionally for 40 years. He has exhibited primarily in the GTA, but also throughout Ontario and across Europe. His work has been the focus of many grants from all levels of government, including the Canada Council for the Arts, the Ontario Arts Council and the Toronto Arts Council. McClyment has shown his work through exhibitions with commercial co-operatives, public galleries, artist-run centres and commercial galleries, as well as organizing his own initiatives. His exhibitions have been reviewed in many major media outlets, including The Globe and Mail, the Toronto Daily Star, the National Post and the Winnipeg Free Press.

In addition to his career as an artist, he has mentored hundreds of emerging artists; first through his role as a project officer in an arts service organization, and most lately as a professor in the Fine Arts Studio program at Centennial College. In that capacity he has received a number of awards for teaching excellence.

McClyment is currently in the final edit stages of publishing a book on professional practices for fine artists, “So, You Wanna Be An Art Star?”, through Centennial Press.

He is daily inspired by his long-time reason for living, Sue Bracken, and their multi-talented son, Jaimie.

You can see more of McClyment’s imagery by visiting www.flyingpiecreations.com.